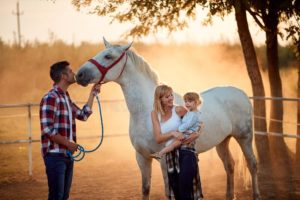 It is not easy to own and operate a horse ranch. How much does a horse ranch run? Owning a ranch comes with upfront costs such as taxes and development fees. However, you will need to purchase horses and register the horse ranch as an accredited company. The majority of the costs involved in owning a horse farm will be related to the purchase of horses.

Horses can be expensive, and those who have one know how costly they can become. Horse ownership comes with the most expensive costs:

When you decide to purchase a horse, the first thing you need to consider is the cost of purchasing the horse. The cost of a horse will depend on its breed, age, and bloodline. A show-level Hanovarian, for example, can go up to $50,000. The average cost of a standard riding horse is between $3,000 to $5,000. You might be able buy a horse if you can foster one from a rehabilitation facility.

The next expense you’ll have to pay once you own a horse is the cost for vet and farrier visits. The horse vet administers vaccines and shots to your horse. They also care for your horse in case of injury or sickness. The farrier is responsible for trimming your horse’s hooves and equipping them with horseshoes.

Hay and grass will make up the majority of any horse’s diet. Hay is paid for, while grass is usually free. Hay will typically cost between $5 and $15 per square yard. To meet the standard nutritional requirements of horses, hay and grass must be supplemented with grain. A horse owner can expect to pay $15-$50 for a bag of grain, depending on the quality and size.

You most likely want to buy a horse so you can learn about the sport and ride it. You will need to purchase tack, equipment and training if you decide to ride your horse. Equipment and tack costs can vary depending on the horse’s age and quality. Training will also cost more than all the equipment. A lesson in riding can range from $50 to $250 on average.

A horse is a costly investment. If you have more than one horse, this expense can be even greater. An average cost to own a horse each year is between $2,000 and $50,000. If you plan to board your horse at a different horse ranch, the overall cost will need to be adjusted.

If you have a horse ranch, you won’t need to include boarding costs in your answer to “How much does it cost to purchase a ranch?”

If your looking to buy a horse ranch contact our office to speak with one of our knowledgeable agents. We are here for you! 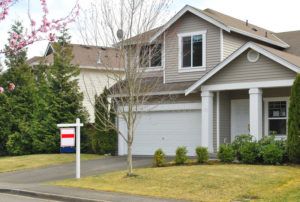 The massive housing shortage that started before the pandemic, and was then made worse by it, may finally be beginning to ease.

More supply is appearing on the market suddenly, which will undoubtedly help frustrated buyers and, in the long term, could take some of the heat off of home prices.

According to Realtor.com in June, new listings rose by 5.5% and 10.9% respectively year over year. The 10 larger cities with the highest number of new listings increased by 20% or more compared to last year were the most successful.

Our June data report indicates that buyers have good news, despite the fact that there’s still a lot of homes to sell and that home prices are at a record high.

As sellers entered the market with a variety price points across the country, inventory declined more than in the earlier pandemic.

It is not surprising that inventory has increased because most new listings fall between May-June, after the spring market. However, today’s housing market doesn’t follow the traditional rules. The pandemic caused unprecedented demand for larger suburban homes.

We noticed an improvement in the number of new listings between May and June. This suggests that sellers are entering market historically later in the season. It could also mean that we will see home buying continue into the autumn as buyers look for new opportunities.

Unexpected new supply is good news for homebuyers. Many have been left out in bidding battles. However, the market remains extremely tight. The inventory of homes on sale fell 43.1% over the past year, which is 415,000 less homes than were available on a typical June date. However, this is an improvement on the more than 50% declines that were seen in May, March, and April. Again, new listings were higher but still far below the June pre-pandemic average.

However, there is still more supply available for some buyers who are frustrated. The market is improving slightly. It means that more people have signed contracts to buy their next home. This in turn means there are more listings available because they are now able sell their home.

The month’s inventory, which is a calculation of how much has been sold compared to how much remains for sale, saw a slight increase, but not enough.

Housing boom will slowly recede if there are more homes on the market. It is unlikely that the housing boom will fall sharply or “bust” simply because of favorable demographics and historically low mortgage rates. 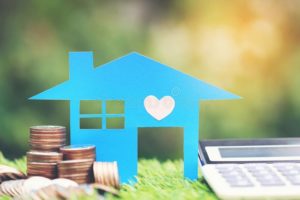 Mortgage interest rates in today’s realty market are at or near record lows. If you have owned your home for many years, and haven’t refinanced recently, it’s likely that you have an interest rate on your mortgage that’s higher than the current average.

Many of today’s homeowners are rethinking what they need in a home and redefining what their dream home means. For some, remote work means they need additional space. Some people may choose to move to a less expensive area or downsize. These are great options if you’re thinking about moving.

Today’s rates are less than 3%. But experts predict in the coming years, rates will rise.

Take advantage of the opportunity to get a lower interest rate on your mortgage if it is higher than average. Lower rates mean you may be able to get more house for your money and still have a lower monthly mortgage payment than you might expect.

As mortgage rates rise so does your monthly payment.

Even a slight increase in rate can make a big difference in your monthly mortgage payment.

To keep your monthly payments the same, you will need to consider a home that is less expensive.

Whatever your reason for wanting to move up or down, this is the best time to do it. Even a slight change in interest rate can make a huge difference to your purchasing power.

Consider refinancing if making a move now doesn’t feel right. If you want to reduce your monthly mortgage payments and remain in your home, refinancing may be a good option.

Take advantage of today’s low rates before they begin to rise. Whether you’re thinking about moving up, downsizing, or refinancing, contact Preferred Properties of Texas today to discuss your options. 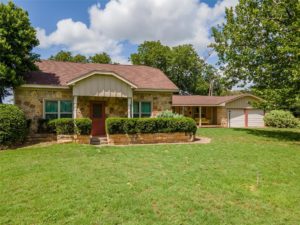 If you are considering selling your home, call Preferred Properties of Texas today for a free consultation or market analysis. Our agents are here to answer any questions you have on how we can help you get top dollar for your home.

Preferred Properties of Texas is here to help you find the right property to fit your needs.

Gives us a call today! 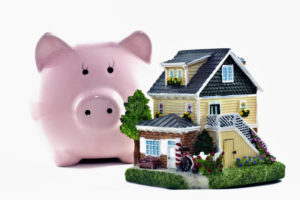 It is important to consider the price of homes for sale when making an offer. You risk losing your offer if you offer too much and the bank might not value the home at the amount that you have offered. However, this does not mean that you should offer more than the asking prices for a home. This strategy might sound odd at first. The sticker price of a car is what you would offer, but the extra $100 for a barbecue at the shop is not something you would do. However, buying real estate is a different matter. Sometimes, it makes sense to offer more than the asking price.

There will be many offers. We are currently in a seller’s marketplace. This means that there are more buyers than homes available. Sellers receive multiple offers for their homes. They will accept the highest offer, naturally.
To be competitive in such a market, you will often need to offer more than the asking price. You are more likely to win the deal if there are three bids at the asking price but you offer 2% more than that.

The house is priced well below market. Sellers who are motivated and want to sell their house quickly will sometimes under-price their property. This will attract more attention and result in multiple offers.
If you or our real estate agent agree that a home should be priced lower than it is, then asking for more than the asking price makes sense. In order to score a deal, you will outcompete other buyers by offering higher asking prices. However, you won’t overpay.

A cash offer must be rejected. Imagine your agent talking to the buyer’s agent about the pending offer for the home. It’s a cash deal. Cash offers are difficult to beat. Cash offers are attractive because they require less work and take a much shorter time to close.
You can make a similar deal, but the seller will likely choose the financing offer. You can make it worth while for the seller to accept your offer by asking for more than the asking price

In the past, multiple offers were turned down by the seller. What if multiple offers have been made on the house but none have been accepted? Although the home is still available for sale, you don’t want another buyer to reject your offer. This behavior is commonly referred to as “unmotivated selling”. Sellers will only sell if they feel it is worth the effort. You can make an offer instead of asking if you truly want the house.

It is impossible to let go of your home. Perhaps this is the only house you have seen that suits your needs. Perhaps you have a deadline and can’t wait to make an offer. It’s a great way to get extra insurance and make sure you don’t lose your home by making an offer above the asking price.

Deciding how much to offer for a home isn’t always easy! It’s important to have a good agent on your side to help you make these decisions. Contact us if you’re looking for a reliable agent to guide you through the home buying process.