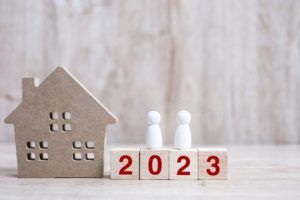 According to Lawrence Yun, Chief Economist at NAR, severe shortages of housing inventory will keep large price drops from most of the country next fiscal year, despite high inflation, rising mortgage rates, and slowing sales activity.

Yun stated that home prices have been stable in most areas of the country because there is very little inventory. Some areas are experiencing price increases, while others, most notably California, are seeing prices drop.”

Yun said that the market conditions today are fundamentally different from those during the Great Recession.

Yun stated that the housing inventory was only about 25% of 2008’s. Yun said that distressed property sales are nearly non-existent at 2% and not near the 30% mark during the housing crash. Because of the substantial price appreciation over the past two years, short sales are nearly impossible.”

Yun explained that the extraordinary rate at which mortgage rates rose in 2022, from 3% in Jan to around 7% today, has caused a downturn in housing market.

Yun stated that the decline in home sales and home construction has “brought down GDP.” GDP would be positive if the housing market were stabilizing and not falling.

Yun said that there are signs suggesting that mortgage rates will rise, especially since October’s consumer price index showed an inflation decline. However, he expressed concern over the spread between federal funds rates and mortgage rates.

Yun stated that the gap between the 30-year fixed rate mortgage rate and government borrowing rate today is larger than it was in the past. If there wasn’t this gap, mortgage rates would not be 7%. They would be 5.8%. Normal spreads would help revive the economy. If inflation is eliminated, we will see less anxiety in the financial markets, and lower interest rates which will allow owners to refinance.

Yun predicts that home sales will decline by 7% in 2023. However, the median national home price will rise by 1%. Some markets may experience price increases while others see price drops.

He projects a strong housing rebound in 2024 with a 10% increase in home sales and an additional 5% in the median home price.